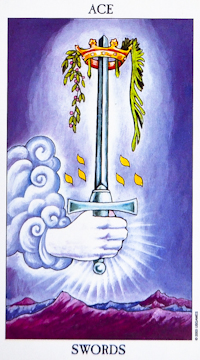 Ace of Swords. The Hand of God holds the upraised sword of discrimination. The golden crown studded with rubies shows the honor that comes to those who use their mental powers wisely. The holly branch hanging from the crown represents the Christmas season and therefore birth. The palm branch depicts Easter and the resurrection. The six falling yods, symbolic of the developing sixth sense, are the divine sparks that continually fall into incarnation, in a never-ending cycle of birth and resurrection.

Celebrities with "Ace Of Swords" Attitude 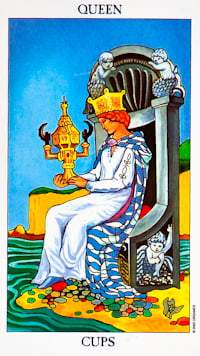