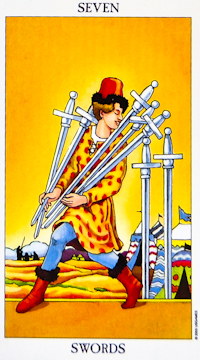 The figure is hurrying away with an armful of swords. He turns around, wondering whether he should have taken the other two swords as well. This depicts uncertainty, hesitation and partial success. The tents also show instability for they are not permanent.

Celebrities with "Seven Of Swords" Attitude 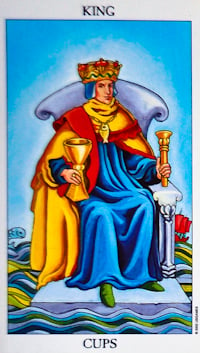