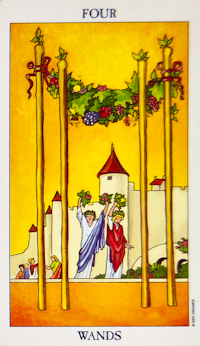 Four of Wands. The planted living wands show perfected work. Things have come to fruition. The red-roofed towers show desires realized. The two figures denote the union of two minds, and the garland of flowers and fruits is raised high on the wands, meaning prize work accomplished and hung aloft in triumph.

Celebrities with "Four Of Wands" Attitude 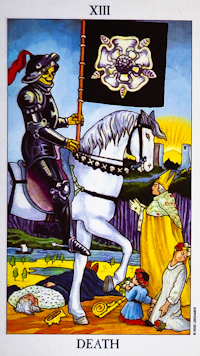