Mary Sue Hubbard - the King of Clubs, the third wife of L. Ron Hubbard (10 of Diamonds). Scientology works with previous life experiences clearing up the reactive mind. It is amazing how clearly you can remember your incarnations. I just read Mary Sue biography on a wiki, and there is one fact that stunned me, so I'd like to share it with you.

... In February 1960, Mary Sue wrote to a friend and informed her that her husband had discovered that she had been the writer D.H. Lawrence in a past life. She intended to make use of this discovery by writing a book that would be "completely anti-Christ." The protagonist, "a bastard child", would be the son of the three most virile men in the town (a satire of the Holy Trinity). The mother had slept with all three men on the same night but as she did not know which had fathered the child, had "thereupon decided to call him Ali, Son of ---, Son of ----, and Son of ---- which impressed the local inhabitants and created a stir throughout the country."

As it appears, D. H. Lawrence was born on September 11, 1885 (died on March 2, 1930) which makes him Virgo, the King Of Clubs. Mary Sue Hubbard was born one year three months later - on June 17, 1931 - Gemini King of Clubs. The Jack of Diamonds is the planetary ruler (Mercury) for both signs Virgo and Gemini.

Olney H. Richmond published his "The Mystic Test Book" in 1893. Were Hubbards familiar with Richmond's work? I never heard of any connection between L. Ron Hubbard and astrology, but he was more than knowledgeable in mystical studies.

That will be kind of interesting to learn more about past life experiences in the light of cards and astrology. How often people reincarnate into the same life sequence? Lawrence died at the age of 44 - during the period of his first Karma card - Two of Spades (by the planetary ruler). Mary Sue Hubbard lived 71 years. Total 115 years of being the King Of Clubs!

Look at Lawrence Ruling Card spread at the time of his death!

At the same age of 44 for Mary Sue, the Scientology fleet was finally disbanded, and Hubbard decided to move ashore and establish a "land base" in Florida. In the following year, in October 1976, Hubbard's eldest son by Mary Sue, Quentin, committed suicide at the age of 22. Again - Two of Spades for Mary Sue's planetary ruler is the Two Of Spades! 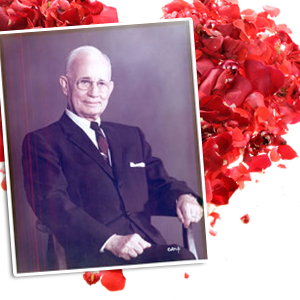 “Generosity is giving more than you can, and pride is taking less than you need.” - Kahlil GibranIn topics: more | need | giving | pride | generosity | taking | Hermit Quotes | Eight of Spades Quotes |