What Does Name "Richards" Mean

You are a law unto itself. Your tendency is to finish whatever you start. You are tolerant and like to help humanity. You are very active. You are generally warmhearted and gives freely of your time, energy, and sympathetic understanding. You have tolerance and acceptance of the frailties of others. Universal and humanitarian in outlook. This is very compassionate name.You are intuitive and might be interested in the arts, drama or science.Position and social status is very important for you and you are always looking for way to improve your position in society. You have power and ability to chose your own destiny and achieve anything you want in life. You can expand in any direction according to your will and the set of values. You have passion for justice and belong to the position of authority. You have an inherent courage and endurance to accomplish "The Impossible Dream". With the power comes responsibility. You hold keys to the material world, but with this gift comes high spiritual responsibility to be fair and true to others. You are philosophical and mature, determined and intense with a desire to endure, often religious.

Click here to see the meaning of the Number 44/8 In Tarot
Your Expression Number is what you must do.
The Number 8 is the number of Power. Some of the early Mystic School taught that the number Eight as a number of God will bring the man evil. Now we know that it is not true. Eight is the first FREE number. People associated with this number can expand in any direction, according to their will and the set of values. They always bring the power with them. They may turn the power to evil uses if they choose, but they are free. They reflect the God's plan, but it does not bind them.

Click here to see the meaning of the Number 34/7 In Tarot
The Personality Number is how others see you.
The number 7 is the most mystical of all numbers. Seven is the number of a Soul and symbolizes "Spiritual Victory," quest for higher truth. In silence, peace and self-examination we go toward perfection. In a criticism of others, suspicion, judgment, and sharp practice, we create our obstacles and difficulties. 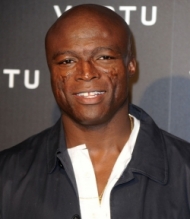 Saturn seems to have impressed the seal of melancholy on me from the beginning. - Seal