Things About Men You Must Know

By now we've got Zodiac down to a science. It sounds cool. It seems important. We get agitated by the idea of twelve personalities, especially girls. We start asking questions, like "What is your birthday?" It sounds desperate. Guys get frustrated. They don't take well this astrological "nonsense." They see in it a threat to their very existence. They start to vote for a privacy act. But all we want to do is to understand, not to control (maybe, just a little?)

Then come the savvy astrologers. They learned the hard way that Sun signs are important only in the context of an astrological chart. There are at least eight more planets. There are thousands of combinations, aspects, houses... Isn't that too much? I agree, but the great thing is, there are very simple tricks to learn without getting too deep into astrology. Once you do, you can become an expert of men's characters. For example.

Men with their Sun in the odd signs (Aries, Gemini, Leo, Libra, Sagittarius, Aquarius), are more masculine. Does it mean that their peers Scorpios, Capricorn, Cancer, Virgo, Taurus, and Pieces are soft and fluffy like girls? Oh, man. Of course not. What did we miss? The whole point.

There are a couple of things to look up if we want to know if a male will act like a man. Can he take an active role in the personal relationships and otherwise? To answer this question, we must learn his Rising sign. We must get his Moon into consideration and a couple of other things.

If, for example, his Sun is in an odd, masculine sign, his Moon, and the Rising sign is in even, feminine, sign, he is less masculine than you can expect. You may believe that men with a developed feminine side are softer and nicer? Not necessarily. You want a man to be a man. You don't want him to be this big ambivalent "thing" in a man's body. You want a man to take responsibility for his actions, to keep his word, to do the right thing, with you and for others. Good, strong man is happy. Weak, irresponsible guy isn't happy within himself, neither he id able to make his partner feel safe.

Do you think this great looking macho guy is a right kind of man? Well, you know better. Sometimes, more than less, a man with the big muscles, with a bold look and the pushy attitude is just another instance of an undeveloped masculinity. When a masculine side of a man is suppressed, it is a disaster for him and people around him.

The right man doesn't kick a dog when his car breaks. He doesn't scream at his wife when the boss fires his ass. He doesn't get frustrated at times when you don't feel like making love. The right guy is patient, respectful and thoughtful. He treats people with respect. He wants you to be happy. He sees the world as a sweet place, full of promises and opportunities. He is content within himself. It is important. It is important for the right man to take care of his woman, his kids, his parents, and help those in need. He isn't here to fail. He is here to play by rules and to win by heart. The right man is confident and fair. Always. No matter how tough it gets.

The wrong man can't make you happy. As a fact, he can't make any woman happy. The worst scenario is when he has a shadow or cruel planets affecting his Sun, Moon, or the Rising sign. There are different combinations possible, but in some cases, the best advice is to get yourself out of the relationship, run for life and never look back.

Some men are okay, but you don't want any overcompensation going on. The good example of overcompensation is physical or emotional abuse. Often it comes along with the alcohol and narcotics. You do not want to be with a man who is drinking, or using drugs. A drunk man is not a man. Remember the case of fifty-three years old John Boltz (Oklahoma)? After a drunken argument with his wife and daughter, he killed his 23 y.o. step-son. He said to women: "I'm going to cut your loving little boy's head off." It gets you. Eleven wounds!

And then we listen, we take a note; we leave, and we fall in love again. The problem is, we have sex with guys before we learn their rights and wrongs. Then we have dopamine problems. It is a physical issue, scientifically proven. When you are sleeping with a guy, your brain develops a pleasure hormone. You get addicted. The withdrawal period is from six to seven month. If we don't believe in astrology, how about biology, science, and common sense?

As much as we like to see ourselves as independent and confident women, we've got a female body. We live in the world of men, and we must act like men professionally. But when at home, we need to be cherished and loved. If we don't feel good, we can't do good. But we do have a choice. We can be single, or we can get married. But when we are with a man, he is better to be Right. 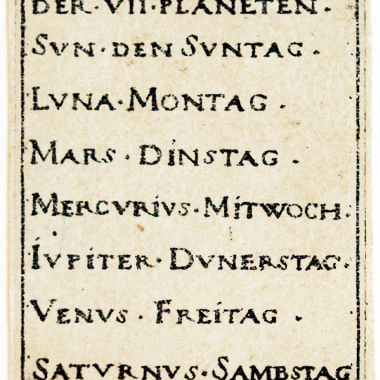 “You only lie to two people in your life, your girlfriend and the police.” - Jack NicholsonIn topics: people | life | girlfriend | police | Magician Quotes | Queen of Clubs Quotes |