Qualities of the Birth Card are modified by astrological influences of planets associated with the Sun position at the moment we are born. If you are born on October 5, 1980, the planetary ruler for your astrological sign (Libra) is Venus. Your Sun is positioned approximately in the Second decan of Libra, ruled by Uranus and Saturn. Find out the exact degree of your Sun placement to make sure your Planetary and Decanate cards are correct.

The importance of work is especially true to the Four of Diamonds. They have an inherent protection, power and success - but these are potentials; they do not become actualities until efforts to earn money and then keep made. But those will be easy to take when a person realizes that these efforts bring them success. It doesn't mean that earnings come strictly from clerical or managerial job. A women Four Of Diamonds, for example, may marry a wealthy man, but if she want to have any freedom of her own, she must earn it. The husband might be difficult; running a house may be burdensome, but she must work at it if she hopes to profit by what doesn't belong to her. It is often a heavy price to pay for financial freedom - especially with a common for Four Of Diamonds call to the personal variety.

This card favors more men than women. Women should avoid their personality card - Queen of Diamonds because it will worsen their life. They should avoid to depend upon their charm and femininity to get them by - not to seek to evade work. Four Of Diamonds have the great capacity to make financial success.

Four Of Diamonds attract companionship in everything from childhood play to adult responsibilities. They benefit from cooperative activities and often involved with agreements, messages, communications, letters and phone calls. They make many friends in some group activity - often religious. They usually have no problem in attracting romantic opportunities, but restless combined with the fear of being tied down often make them wary of marriage.

I don't have this fantasy about marriage anymore. Everyone says it takes hard work. Well, it kind of does - and I'm much more pragmatic about romance than I used to be. - Jennifer Garner 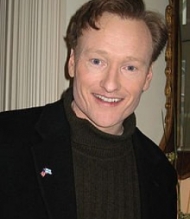 A study in the Washington Post says that women have better verbal skills than men. I just want to say to the authors of that study: 'Duh'. - Conan OBrien
People Born on January 24